Scroll Down To Discover
HomeResources
Share
Get Important Info On:

The Ojai Valley Chamber of Commerce represents the interests and promotes the economic vitality of its members.

Ojai Valley Land Conservancy
OVLC protects and restores the open space, wildlife habitat, watersheds, and views of the Ojai Valley for current and future generations.
View Details
The Ojai Valley Museum
When people visit the Ojai Valley they want to know what makes it special. The Ojai Valley Museum helps them understand what a unique place this is by sharing the history, art and culture of the valley. Both visitors and residents learn about local stories, people, places and events. ​ Founded in 1966, the Ojai Valley Museum is a non-profit, 501(c)(3) organization. We collect and exhibit art, artifacts, photographs and paper ephemera relating to the history, art and culture of the Ojai Valley. We operate a museum, research library and visitors center. The museum moved into the former St. Thomas Aquinas Catholic Church in 1996. This is the museum's third location. The original church burned in 1917 and was rebuilt by architects Mead and Requa in the Mission Revival style. Edward Drummond Libbey considered the structure the "crowning achievement" of his beautification project in Ojai. The building, which is owned by the City of Ojai, was listed on the National Register of Historic Places in 1995.
View Details

Ojai Lavender Festival
The mission of the Ojai Valley Lavender Festival is to demonstrate and promote the many uses of lavender, to broaden public awareness and to educate potential growers/farmers about the benefits of plants that celebrate the Ojai Valley’s Mediterranean climate. The Ojai Valley Lavender Festival takes place every year on the last Saturday of June.
View Details
Ojai Music Festival
The Ojai Music Festival represents an ideal of adventurous, open-minded and open-hearted programming in the most beautiful and welcoming of settings, with audiences and artists to match its aspirations. The Festival remains a hallmark for groundbreaking musical experiences with a narrative thread guided by a different music director. These annual directors are more than conductors, composers, soloists, or musicians. They are musical thinkers who approach their craft with creativity and responsibility to the present day.
View Details
Ojai Valley Tennis Tournament
The history of The Ojai really dates back to 1887 when Sherman Day Thacher came to Ojai to become a farmer and grow citrus. After building his stone house on 160 acres of land in the East End of the valley, he soon learned that he would require some financial assistance to survive, and so started tutoring students on the ranch, then called Casa de Piedra. Brother William Thacher, the New England and intercollegiate tennis doubles champion while a junior at Yale University in 1886, came to the valley in 1890 for a family wedding, and stayed on to help with the school. In 1892, the first tennis court in the Valley was built on the school grounds. The first tennis tournament in Ojai was held on that court in 1893. As part of his involvement with Valley and the town, then Nordhoff, Sherman Thacher helped found the Ojai Athletic Club in 1894; and the next year, William Thacher decided to form a club devoted to tennis, and so the Ojai Valley Tennis Club was born. The club quickly began to sponsor competition, and in 1896, the Ojai Valley Tennis Club absorbed the Athletic Club with William Thacher as President. Competition in earnest started in 1896 with a challenge to the Ventura Tennis Club, a popular valley wide event. The following year, the Ojai Tennis Club sponsored inter-county competition, teaming with Ventura to challenge Santa Barbara; and later combined forces with Ventura and Santa Barbara to challenge Los Angeles and Pasadena.
View Details
Ojai Wine Festival
The Annual Ojai Wine Festival is the longest running wine festival in Ventura County, and they have it dialed! Overlooking scenic Lake Casitas in the Ojai Valley, The Ojai Wine Festival is an idyllic venue to taste award winning wines & amazing craft beers. A bountiful selection of wineries and craft breweries will be represented along with ciders, seltzer’s and spirits. Discover a tempting selection of gourmet food trucks selling delicious culinary cuisine. Patrons can shop to their heart’s delight among the arts and crafts booths. Bid on the Silent  Auction featuring fine wines, private tasting parties, VIP tours of wineries, artisan crafts and much more. Join the dance party on the lakeside dance floor and groove to music by Santa Barbara’s hottest dance band, Area 51.
View Details

Cloud Climbers Jeep and Wine Tours
This sightseeing adventure provides a special glimpse of Ojai which celebrates the history, flavors and many remarkable qualities that the beautiful Ojai Valley has to offer. It is a picturesque and engaging Jeep excursion that is both memorable and refreshing.
View Details
Deer Lodge
Over the years, people have been called to Ojai for a variety of reasons. Some came seeking peace or prosperity, soaking in the mineral rich natural hot springs or mining for gold in the hills. Others came to Ojai in search of a mystical utopia, through its association with the Theosophical society, its native Chumash lore or inspired by its depiction as the fabled Shangri-La in the film Lost Horizon. As the oldest restaurant and tavern in Ojai, the Deer Lodge has long served as a meeting place where weary adventurers from all walks of life come together to fill their bellies and lift their spirits. Today, we are proud to be the newest caretakers of this home away from home for both locals and travelers alike. And even though times have changed, the spirit has stayed the same. There’s a little somethin’ for everyone here at the Deer Lodge. In keeping with our backwoods heritage, we offer classic Californian cuisine, along with a wide selection of craft beers and spirits from up and down the West Coast. We have vegetarian and vegan friendly options, as well as a large dog-friendly patio and a game room with a pool table and lounge area. With live music and smokey barbecue on the weekends, this is a place where you can bring the whole family during the day, or dance with your friends into the night. This is where memories are made, where the blacktop ends and paradise begins… this is where time stands still.
View Details
Farmer and the Cook
We're proud to offer the highest quality, organic baked goods! From our family to yours, we put lots of love and careful attention in each item. We hope you enjoy our work as much as we enjoy creating it for you.
View Details
Herb Walks with Lanny Kaufer
Lanny Kaufer offers herb walks, nature hikes, and workshops focused on edible and medicinal herbs and ethnobotany of California. Lanny discusses and demonstrates the traditional and modern uses of herbs for food, home remedies, botanical medicine, survival, sustainable foraging, wildcrafting, landscaping, camping, crafts, ceremony and more.
View Details
Meditation Mount
Welcome! You are invited to experience Meditation Mount - a Sanctuary of the Soul. We are pleased to announce that scheduled visitations are now available through pre-registration. These are times designed for individuals to reconnect with the soul in the peace and beauty of Meditation Mount. We are delighted to be a haven for inspiration, healing, and hope for the future as we move through these challenging times of upheaval and transition. There is so much waiting to blossom as we come together as a community of kindred spirits, committed to laying the foundations for the much needed soul-centered society built upon our collective aspirations.
View Details
Ojai Certified Farmer’s Market
Providing locally farmed produce, flowers, & gourmet food directly to the community for over 18 years.
View Details
Ojai Vineyard
The wines we make today are a culmination of four decades pursuing excellence with the fruit grown in our region. We believe that a history like ours is an asset only insofar as it is defined by evolution. Craft is not an overnight sensation; it is the step by step progress that only comes from intuition and experience.
View Details
Private Chef Robin
Delicious chef-prepared meals and menus for your gathering from 2-20 guests max Our team of chefs create seasonal menus with locally sourced ingredients, based on what is available in Ojai+Ventura County, Santa Barbara and Carpinteria. Menus will meet your specific needs. Create your own choices to perfectly fit with your personal preferences. We focus on the food, you provide the venue. Our menus are created from dozens of recipes in our four locally made in California cookbooks by Chef Robin.
View Details
Rainbow Bridge
Rainbow Bridge is once again dedicated to bringing the best food and curated goods to the Ojai Valley. The iconic downtown market is spreading into multiple roofs with one mission: to offer healthy, wholesome food and sustainable, ethically produced goods to the Ojai community. Shop, browse, eat and gather at this innovative fusion of the ever-evolving natural food industry with high-quality, local, organic products.
View Details
Sea Fresh Seafood

The Mob Shop is a full-service bike shop located in Ojai, CA. We believe in the transformative power of the bicycle and we think everyone is a cyclist. We think of the bicycle as a vehicle to wellness and even enlightenment...if you pedal in the right direction.

We sell and service bicycles, rent bicycles, offer bicycle tours and host cycling events. No matter how you come to know us, our desire is the same: to impart to you the joy and gratification that we feel every time we put our feet on the pedals (think 6-years-old flying downhill!).

Looking for the best hiking trails in Ojai? Whether you're getting ready to hike, bike, trail run, or explore the outdoors, Kim has listed her favorite scenic trails in the Ojai area. Enjoy hand-curated trail, along with her reviews and detailed information. 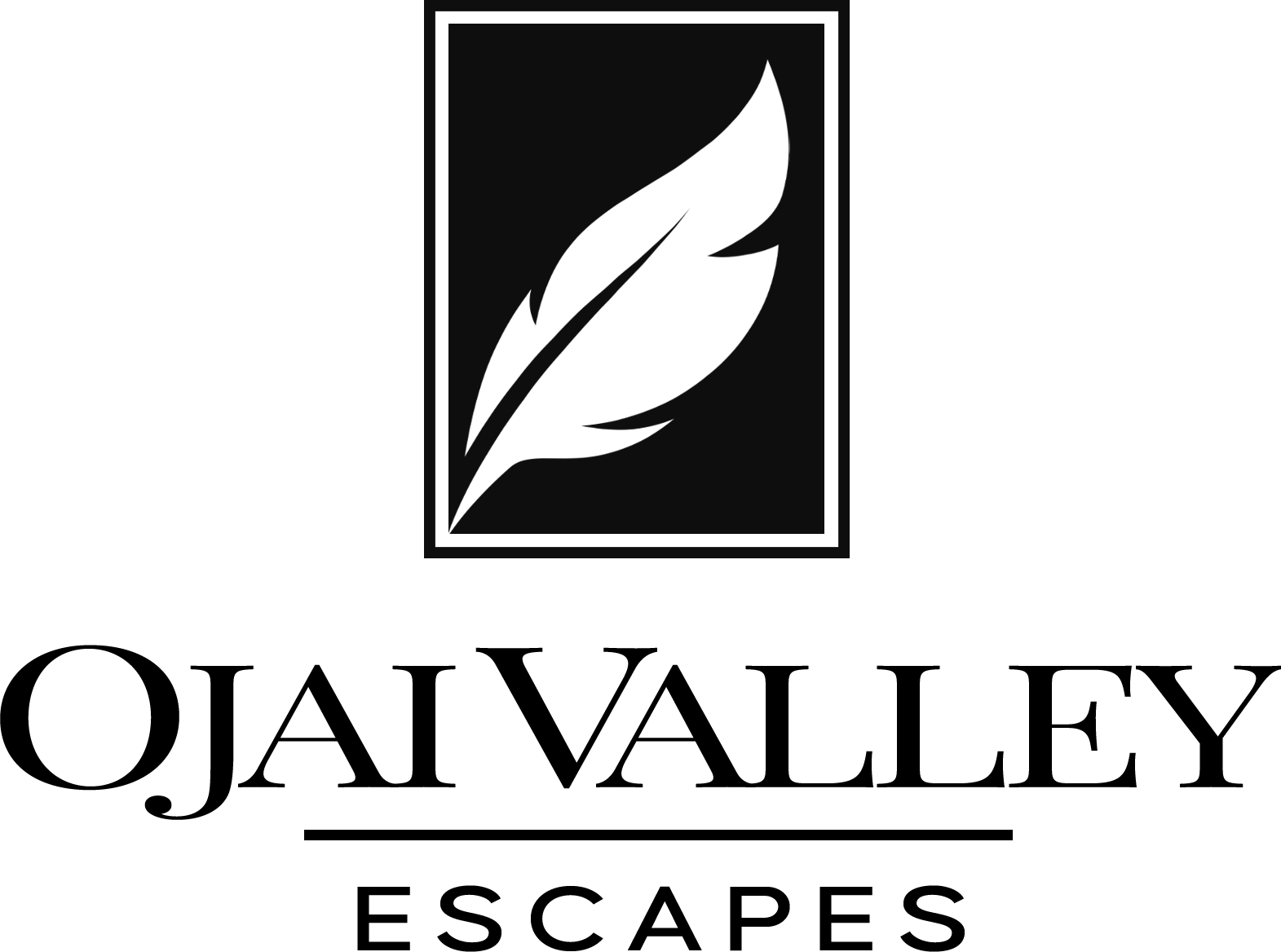 It's time to rediscover the true meaning of relaxation & fun. Immerse yourself in the natural beauty of Ojai Valley while staying in one of our amazing properties!

For faster login or register use your social account.